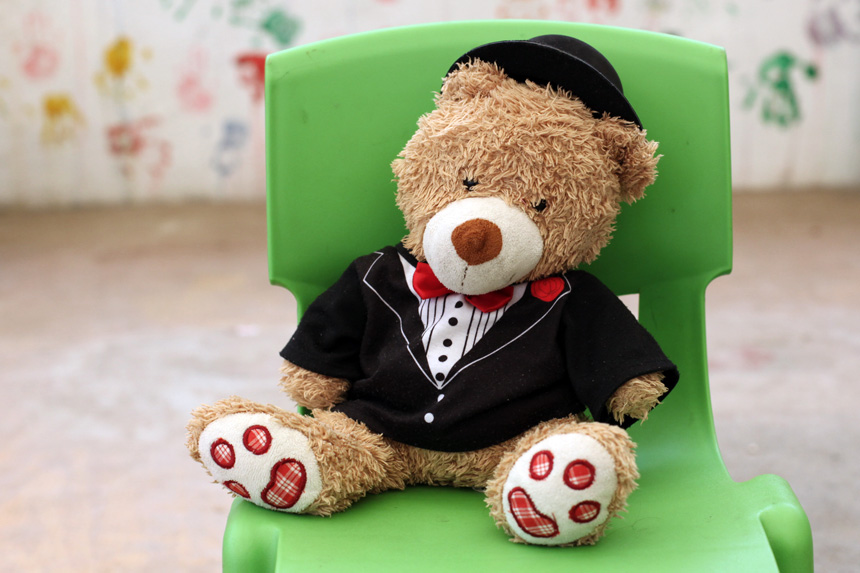 Ted Our Award Winning Bear. A small bear with a big heart

Ted is an important member of the Little Learners community. He is at the heart of a lot of our activities and encourages our children to have good manners and to be brave. Teds story.

A little boy asked Santa for a brave bear, a bear that would love adventures, a bear that was friendly and fun. Santa and the elves made the best bear in the world. He was happy and kind and very excited to go on adventures. Santa packed him in his sack and off they went.

Then a TERRIBLE thing happened. The little boy CHANGED his mind. He wanted a bicycle instead. Poor Ted was left in the bottom of the sack. No one else had asked for an adventure Ted. It was sad and awful. Santa didn’t know what to do with Ted so he left him in a toy shop. The man in the toy shop left Ted on a high shelf and no body bought Ted. All the children wanted toys that came in boxes or toys that needed batteries. Ted got old and dusty. Ted even had a cobweb on his nose. Day after day and year after year Ted sat on his shelf feeling sad and lonely.

Then one day a muinteoir came into the shop. She only had 5 monies. The shop man said she could have the dusty teddy for 5 monies and Ted came to Little Learners.

What Ted does: The children love to take Ted home. If they are doing something that they need help with ie visiting the dentist, giving up their soother or going to hospital , Ted goes too. Parents record his adventures in the Ted book.

Ted visits the local National Schools and they send their toys to visit us.
Ted hosts an annual teddy bears picnic.
Ted went to Ethiopia and now Little Learners sponsor a teacher in the kindergarten there.
Ted is used to encourage sharing and good manners.
Ted helps the children to express their feelings.
Ted is used in our starting reading program.

TED is a WINNER of the Early Childhood Ireland Innovation awards.

Get the latest info relating to Camps & Events at our Pre-School & After-School Club..